Robert B. Katz is a civil litigation and trial attorney with significant experience in several areas of practice, specializing in complex multi-party civil litigation throughout California, Nevada and Arizona and is recognized in A.M. Best Company’s list of recommended attorneys. Mr. Katz handles a variety of toxic tort and environmental matters including industrial, commercial and residential exposure cases. He has served as Lead Defense Counsel in several multi-million dollar toxic tort and product liability cases. Some of the matters that Mr. Katz has handled include claims resulting from exposure to Benzene, Toluene, aluminum and metal dust, pesticides, asbestos, toxic mold, and chemical products. He has represented clients against actions brought by plaintiffs suffering from Leukemia, Acute Myelogenous Leukemia (AML), Asbestosis, Mesothelioma, Interstitial Pulmonary Fibrosis, Mixed-Dust Pneumoconiosis, Toxic Encephalopathy, Myelodisplastic Syndrome (MDS), and numerous other diseases and conditions.

He also has extensive experience with construction defect litigation, construction site injuries and property damages, handling matters on behalf of general contractors, subcontractors and design professionals as well as product manufacturers, suppliers and distributors in both commercial and residential construction. He also represents commercial and residential property owners and tenants in all facets of general liability litigation from matters involving premises liability to security issues.

Mr. Katz litigates and advises clients on a variety of business related matters including breach of contract, fraud/misrepresentation, breach of fiduciary duties, violations of the Fair Debt Collections Practices Act, real estate matters, property disputes, unfair business practices, and business torts. He also assists clients with post-foreclosure asset recovery, and has assisted with the recovery of more than $5 Million for his clients.  In addition to his extensive accomplishments in the trial courts, Mr. Katz is an experienced appellate advocate.

Mr. Katz is a graduate of the Elder Law College, and assists clients with family asset protection planning, medicaid eligibility and planning, veteran’s benefits, special needs planning, advance care directives, wills, trusts, and estate planning.  He is also an accredited attorney with the Department of Veterans Affairs (VA) for the preparation, presentation, and prosecution of claims for veterans’ benefits. 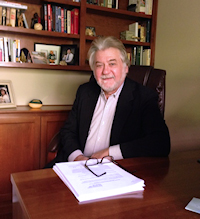 Craig Nelson An associate in our Los Angeles office, Craig Nelson is a civil litigation attorney with over 30 years of experience in defending toxic tort claims, specializing in the defense of complex multi-party products liability litigation in multiple jurisdictions throughout the United States. Craig has extensive experience in all aspects of Trial and discovery with an emphasis on depositions. He possesses considerable medical knowledge relating to the fields of pulmonology, radiology, oncology, pathology, epidemiology and orthopedics, as well as industrial hygiene. Craig has defended a variety of Fortune 500 clients including product manufacturers, premise owners, contractors and material suppliers.

From 1980 until 1986, Mr. Nelson worked as associate at 3 Los Angeles law firms. He performed all aspects of the defense of general personal injury and commercial litigation, with an emphasis on products liability litigation.

Between 1986 and 1999, Mr. Nelson was a senior associate at the law firm of Liebman & Reiner in Los Angeles, California. He performed all aspects of the defense of general personal injury and products liability litigation throughout California. He acted as sole defense counsel on five personal injury jury trials, two wrongful death jury trials and four judge trials, all tried to Verdict. He participated in five appeals, including one published appellate decision. He completed over 100 arbitrations. He served as an Arbitrator for the Los Angeles County Superior Court between 1990 and 1997. Representative clients included: Ralphs Grocery Company; Hyatt Hotels; Laidlaw Bus Company; The Salvation Army; HBO; Las Vegas Flamingo Hilton; Standard Brands Paints; Prime Time Shuttle; Columbia Pictures and Lannett Pharmaceuticals.

Mr. Nelson graduated from Washington University – St. Louis School of Law in 1978, while also attended two summer sessions at the University of Wisconsin – Madison School of Law in order to specialize in litigation and trial procedures. Craig is licensed in Illinois and California. He is also admitted to practice before the United States District Court for the Central District of California; the Southern District of California; the Northern District of ; and the United States Court of Appeals – Ninth Circuit. He is an active member of the California Bar Association and the Defense Research Institute. 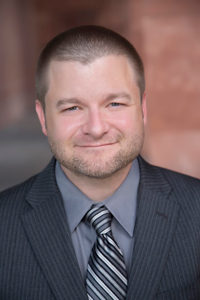 For over 15 years, Casey D. Gish has practiced in the Nevada Federal Court, District Court and Justice Court, specializing in the areas of civil litigation, construction defect, business litigation, contract disputes, personal injury, and traffic tickets. Mr. Gish has tried to verdict, multiple jury trials and bench trials in Las Vegas and Reno and has litigated cases throughout Nevada and California. He has won multiple appeals, and was successful in a published opinion from the Nevada Supreme Court (Vega vs. Eastern Courtyard Associates, 24 P.3d 219 (Nev. 2001)). His cases have ranged from small to cases in excess of $90 million dollars. Mr. Gish has represented individuals and companies, including casinos, hotels, restaurants, stores, major insurance companies, developers, subcontractors, manufacturers, bars, car dealerships, and many others.

Mr. Gish was raised in Reno and graduated from the University of Nevada in 1995. He graduated from McGeorge School of Law in 1998. During law school he externed with the Nevada Supreme Court for Justice William Maupin. After graduating, Mr. Gish clerked for the Honorable David A. Huff, District Judge for the Nevada Third Judicial District.

Marlys received her B.A. from the University of Idaho and her J.D. from University of San Diego School of Law.  She has been practicing law in Nevada for almost a decade and is admitted to practice in both the state courts and the U.S. District Court for the District of Nevada.  Marlys was named a Top 40 Lawyer Under 40 by the American Society of Legal Advocates in 2013 and 2014.

Marlys has extensive experience in complex litigation and has defended developers, general contractors and subcontractors in both commercial and residential construction defect litigation.  Marlys also has experience with insurance matters, including litigation, bad faith and coverage analysis.  In addition, she has defended clients against personal injury claims and doctors against claims of medical malpractice.  Marlys was a founding board member of the Las Vegas Defense Lawyers, a nonprofit organization committed to promoting cooperation, civility and continued education regarding current legal issues and legislation of interest to civil defense lawyers.  Currently, Marlys is a member of the Advisory Counsel for SAFY of Nevada, a nonprofit organization devoted to improving the lives of children and their families in foster care.